Perched high on the bluffs of Watch Hill, Rhode Island, Ocean House is one of the most prestigious seaside resort of the New England to have received the AAA Five Diamond Honor. Famously know for its warm yellow façade and stunning views of the Atlantic, Ocean House opened in 1868 just after the Civil War and became the quintessential summer home attracting many distinguished guests in the early 1900s. The Ocean House was demolished in 2003 to be subsequently rebuilt.

The Quebec City Coliseum is described as modern, open and friendly with its 18,000 seats. This imposing building with unique architecture has been an unifying and motivating project for all those who have had the chance to participate. 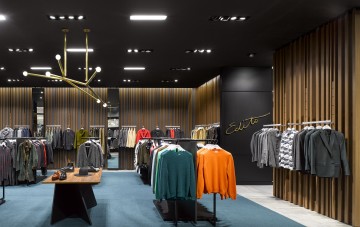 The chain store fashion clothing Quebec seeks an expansion of Simons brand by opening new stores. Founded in Quebec City there are more than 175 years, Simons conducted the opening of branches of the most modern in Anjou (QC) and across the country.